As my learning path in Rust continues, I decided to write a little application that can help me at work. Currently I’m working on building administrative tools for HPC Clusters where it’s common to have development environments where a set of nodes is involved (we use vagrant to build a micro-cluster in a devbox).

In this environments is also common to have the need to send a command to a set of nodes at the same time, like change a field in a configuration file or start a program in all nodes at the same time. The pdsh is one the most used tools to issue commands in hosts concurrently. So, as a learning task, I started to create my own version of pdsh in Rust.

I called the project jaibon, not particular reason, and at this point this the usage supported.

Basically only needs a command and a set of nodes in order to work. The user parameter is optional, if is not provided then the $USER environment variable will be used. An example of the usage will be: 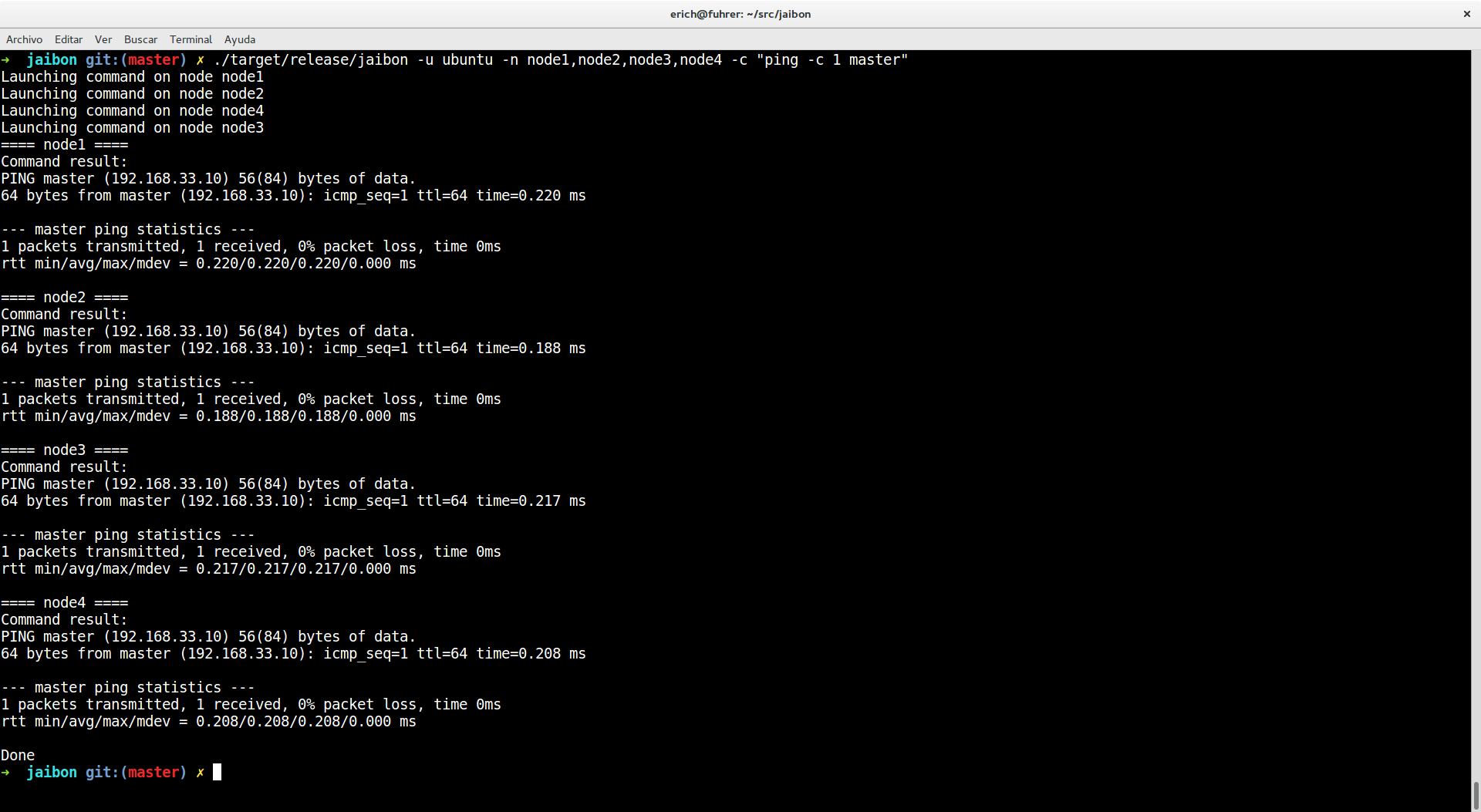 The idea behind this is just to create ssh commands with the parameters provided. For instance, if you want to run the uptime command in a remote node, you can do the following:

And the process will return the output of the remote execution in your terminal.

I created the command type to store all the information regarding the ongoing command.

The structure is very straigthforward, it should store the command, the user, the stdout and stderr of the process and the overall result execution. Also is possible to define a printer for the command (planning to support JSON in the future).

A vector stores the list of nodes, so a loop is used to spawn threads for every node.

On every thread a command structure is created and then the run() method is executed. All the thread handlers are stored in the thread_handlers vector.

Then, to wait for results only the following code is needed.

In order to use println!("{}", cmd), the Display trait was implemented in the command structure.

Here the CommandPrinter enum is in charge of dynamically dispatch the needed printer. At this point only the default formatter is enabled.

These are the things that I’ve learn in this first version:

I’ll continue with the support of scp and the hostlist support.